“Leveraging a speedier PCIe 4.0 interface, the SupremeRAID™ SR-1010 arrives with a substantial performance uplift…it’s light years beyond even the most high-end hardware RAID arrays.” 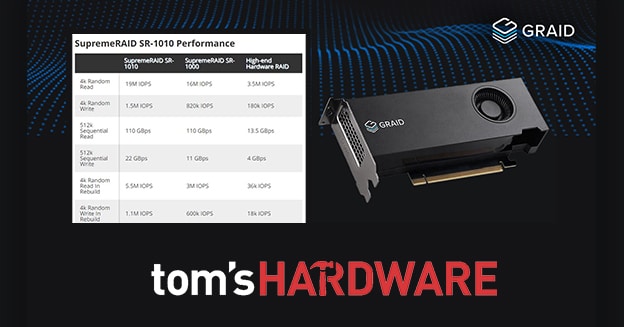 When it comes to random performance, Graid Technology rates the SupremeRAID™ SR-1010 with read and write speeds up to 19M IOPS and 1.5M IOPS, respectively. So we’re looking at a 19% uplift in read performance and a whopping 83% in write performance. 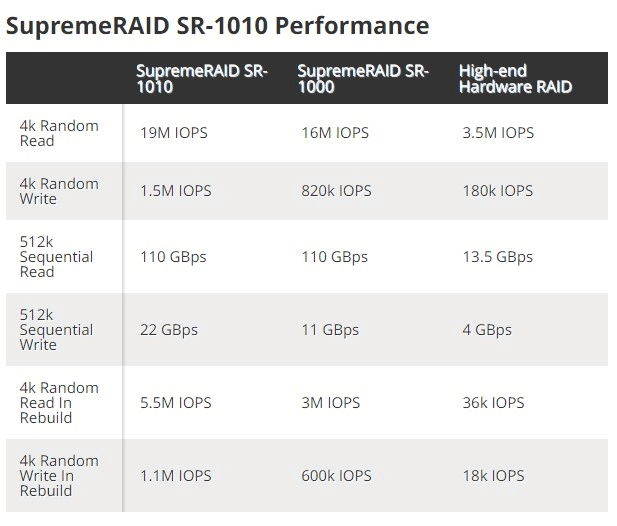 nThe SupremeRAID™ SR-1010 fits into an x16 expansion slot, but to unlock its full potential you might want to make sure that it’s a PCIe 4.0 interface. The maximum power consumption of 70W is only 20W higher than its predecessor. The SupremeRAID™ SR-1010 admits RAID 0, 1, 5, 6, and 10 arrays like the previous model. The card manages up to 32 directly attached NVMe SSDs and supports the most popular Linux distributions and Windows Server 2019 and 2022.

Learn more about award-winning GPU-based NVMe RAID controller SupremeRAID™ by Graid Technology. We’re ushering in the future of high storage capacity and extreme performance for mission critical and performance-demanding workloads. Contact us today to chat with a sales representative in your region.